Our teaching and learning is based around the principles of giving our children opportunities to develop knowledge, skills and values through a thematic approach linked to a real, active and meaningful learning platform. As a result our children develop a respect for other cultures and beliefs while celebrating similarity and diversity.

Welton St Mary’s are proud to have had links with schools in Italy, Belgium, The Netherlands, Bangladesh and China. We are twinned as a village with Monce in France and have links with their local Primary school communicating via skype each month in both English and French language. The children in KS2 work with a native French speaker to learn French as a Modern Foreign Language.

As part of our work in French KS2  all enjoyed a French shopping experience.

We created our own “magasin d’animaux domestiques” (pet shop) and we had the opportunity to express ourselves in French talking about the animals we own.

We were able to act and buy an item for our pet using French currency.

We created our own “pharmacie”.We made some posters and used some French advertisements for our display.

We had the opportunity to express ourselves in French saying where it hurt and we were able to buy some pretend medication using euros.

We created our own “patisserie- boulangerie” (baker’s shop).

We had the opportunity to express ourselves in French buying some traditional French cakes and paying with euros.

We all dressed up and wore some traditional French clothes for the day.

At the end of the day, we filled a “sondage d’opinion” giving our feedback about the day.

We had a fantastic day .It was a unique experience.

The children in our school work on “The World’s Largest Lesson” looking at how they can contribute to the 17 Global Goals and support the sustainability of our planet. We also share our concerns for our local community, our country and the world.

Welton St Mary’s Church of England Primary Academy has been an active participant in the British Council’s ‘Shakespeare Lives’ project which celebrates the author’s work in the four hundredth anniversary year of his death in 1616.

Our school has collaborated with five other Lincolnshire primaries and a secondary school supported by British Council Schools Ambassador, Chris Williams of Lincoln Christ’s Hospital School, and Li Ying of the Tangshan Foreign Affairs Office. The connection between Lincoln and Tangshan goes back to the early 1990’s, but this has been the first time our school has been involved in the link. Chinese head teachers visited our school in July 2016. In October Mrs Cassidy made the return leg to China.

Whilst in China we watched seven Chinese schools perform plays by Shakespeare including: Hamlet; The Tempest; Midsummer Night’s Dream and Macbeth. The schools had made full use of what they had learnt whilst in the UK in the summer.

After a considerable amount of work by the pupils and staff of Welton St Mary’s CE Primary Academy we have been awarded Fairtrade Status. “Fairtrade” means that the producers in poorer countries receive a guaranteed and fair price for their product. This means their quality of life should improve, as well as the long term prospects of their children.

To qualify for the award we had to:-

Being a Fairtrade school means we are committed to Fairtrade. We use Fairtrade products as far as possible, learn about global trade and why Fairtrade is important, and take action for Fairtrade in our school and the wider community.

It’s our chance to make a real difference! Some Fairtrade foods you will easily spot when you are shopping are:-

Fruits—bananas, mangos, pineapples and grapefruits are now often available as Fairtrade. So as well as getting one of your 5 a Day, you’ll be helping farmers across the world. 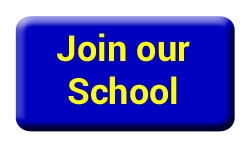 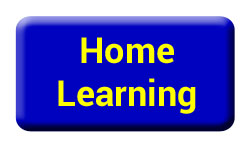